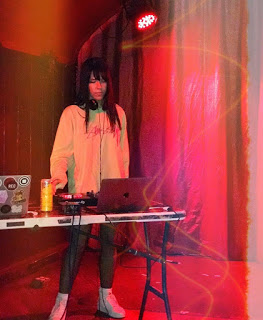 Kat "Young Kat" Bancer is one of Philadelphia's hottest rising DJ's. She plays regular sets at well-known bar Kungfu Necktie and was recently added to both Beats & Babes' and Third Thursday Vibes' lineups. Kat tells us about her style, her inspirations, her hopes for music in 2019, Beats & Babes, and more!

What styles are most prevalent in your mixes? What is the creative process when putting a mix together? Where do you find your inspiration?

I used to overthink my mixes a lot, but realized it's better just to have a general idea of the vibe and wing it. It comes out more organically and I have more fun doing it this way. I've been obsessed with house music and the sort of underground dance scene for a while, I try to find ways to incorporate songs that really make you want to move. It's fun to just play and mix different genres together. I would say hip hop, trap and house music are my favorites to spin.

How long have you lived in Philadelphia? How do you feel being in such an art-focused community has impacted you?

I've been living in the city for over a year now. This community is filled with some of the most creative and talented people I have ever met. These artists inspire me every day and remind me that you don't have to be a painter or a musician or master a certain craft to be an artist. You're an artist by simply being unique and authentic, and putting out dope shit that you like and that you're proud of. It's so important to surround yourself with people who support you and inspire you. Philly has given me some of the best friends and mentors I could ask for.

Philadelphia's music scene is commended for being so inclusive. Have you ever received any prejudice being a female DJ?

There are certainly people out there who want to book female DJ's just for the look or just to sell tickets. Which personally I'm not offended by, because I have good music to back it up and I love surprising people. So far it's been all love, though.

What can you tell us about Beats and Babes?

I had been following Beats & Babes since before the first party, and I knew it was something I wanted to be a part of. As soon as I felt like I was ready enough and had recorded a mix that I was proud of, I took a shot in the dark and DM'd it to them. I received nothing but love and positive feedback, and almost cried happy tears in the bathroom at work when I found out I was booked. This event just proves what can happen when a bunch of boss ass women get together and create... MAGIC. And a good ass time, for sure.

What artists and genres do you think are going to be the hottest in 2019?

I'm rooting for the ladies of hip hop!!!! Rico Nasty, Tierra Whack and DaniLeigh are a few of my favorite female rappers on the COME UP. I think J.Cole and Dreamville are out here about to produce something big, too. Other than that I just hope 2019 will be the year mainstream media starts giving more recognition to producers, writers and composers. 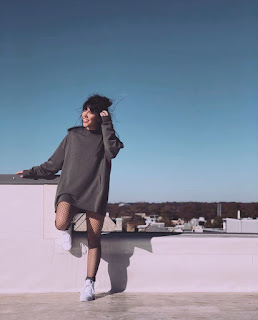 Your first TTV DJ set is next week. How did you get involved with TTV?

I worked the door at the last show for free. Hahaha. Any opportunity that is going to allow me to be around live music and around shows I will never turn down, so I was glad to help out. The next time they presented me with an opportunity it was to DJ this set. Sometimes you just have to get your foot in the door and trust the process. (And help out your friends while you're at it :) )

Where are the best and worst places you’ve done sets at and why?

To me, there's no bad place to do a set. You could be DJ'ing to crickets but you're still getting a chance to practice. Especially when you're just starting out, you have to maximize every opportunity to perform just for the experience.
My favorite was my very first time ever DJing for a crowd at this super lit Y2K themed party. I had just found out about it a few hours before and the place ended up being packed wall to wall. Watching people dance and have such a positive reaction to what you're playing is an amazing feeling. I was smiling from ear to ear all night.

Where can everyone find you & your mixes?