LAMBO LAWSON'S 'FACECARD' - NEXT UP APPROVED 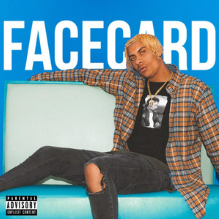 New Jersey native Lambo Lawson dropped an impressive twenty-track album this month, titled Facecard, creating waves throughout the tri-state area.  Not only have very few local artists dropped such a large project, but every track has a totally different vibe. Lambo's first album, Super Villain, dropped last year with fourteen tracks - and while that album is undeniably fire, Lambo's growth is obvious and it's clear his grind isn't stopping any time soon.

Among our favorite tracks are 'Ready 2 Go', a trap song in which Lambo speaks of his rise to success and his expectation of respect in the game; and 'I Don't Do Forgiveness', a hardcore track unlike any other song on the album.