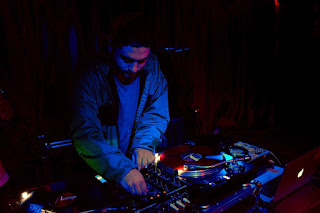 Are you from Philly originally? What does Philadelphia's art community mean to you?

Originally, I'm from Baltimore, Maryland but I have been spending a lot of time in Philly these past four years (for school).
Baltimore is a much smaller city than Philly, and the art community that exists there, while potent, isn't too organized, so, being in Philly and seeing the amount of crossover between scenes, the support different collectives show each other, and over all just the amount of collaboration in this city has been very inspirational and special to me. I think Philly has a unique chemistry that allows it's underground to thrive and be maintained without getting eaten by the more corporate sides of things the way some events do in scenes like NYC.

Where did the concept for Fun Clean Good come from? Where do you hope to see it go?

Throwing weekly/monthly events is an important part of any DJ's process. I knew I wanted to throw my own version of that and get involved but I also wanted to be patient and do it right. I had been helping collectives like Truewave.tv and Function curate and throw events in New York, Jersey, Philly and Baltimore, but was a bit hesitant to put together my own night. In January of 2019 I decided it was time and GoodCleanFun was born (GoodCleanFun wasn't available on ig so we got FunCleanGood). The original goal was to throw an event dedicated to open format vibes (open format means the dj can take the music where they please and do not have to stick to one genre or style) allowing DJs to break out of their regular formulas to experiment and keep the crowds dancing at all costs. Additionally, GoodCleanFun always features one special guest lyricist. The idea here is that while anyone and everyone will go to an event without knowing the name of the DJ just to dance with their friends and drink, only friends and family go to support local rap shows (generally/at first), so by putting just one lyricist in a sea of djs, they get a chance to reach a whole new crowd of people who could potentially be at their next show.

At this point we have had 5 successful events at KungFu Necktie (on first Wednesday's) and have plans to move into a bigger, more dance emphasized room. I would love to see it transition into a weekend event and intend to keep it going through the summer.

What is Truewave? How did you get involved with them?

Truewave is a Philly based production company that curates events and works with other event curators. Their specialty is their live streaming capabilities. They have a surplus of tech that allows them to stream their events from multiple angles all edited in real time. We have worked with local brands like BWC and RecPhilly as well as international brands like Ubiq, Lyft and Soulection.

Basically they found me as a 17 year old new in Philly spinning in the basements of Uart/Temple house parties. They liked what I was doing and eventually asked me to join their team as a resident DJ. Four years later we still work very closely and I have become a content curator for them as well as a resident DJ.

Essentially they were the first group to really expose me to the greater Philly scene. 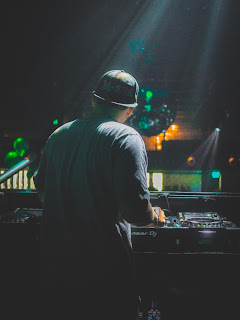 You have in your bio "as seen on TV", can you share what this means? Were you DJing, or acting? Is acting something you're interested in pursing as well?

I am nooo actor and have no desire to be (no disrespect toward the art, just not for me). I (on occasion) do lighting and special fx for film and tv as side work. Two summers ago I was on the set of HBO's "The Deuce" when I over heard that they had a scene with a DJ coming up. I went over casually and told them that I djed irl and if they needed someone to stand in the corner and look like they knew what they were doing, I was down. It was a shot in the dark but they got back to me the week after saying it was a go. That gig lead to two other similar situations just via word of mouth. Later that same summer I ended up playing a DJ on Showtimes "Billions" and VH1's "The Breaks".
I find it kinda comical to be honest. A little random and really just a fun fact.

You've been open about your struggles as a student on social media. What's your major? Do you have any advice for others who balance working as a creative while being in school?

The last four years haven't been easy for me school wise. I am extremely grateful that I was able to go to college and I am now the first male in my family with a degree which I am proud of. Ultimately, my frustrations with school had to do with this current educational industrial complex and the idea of for profit schools. When a universitie's priority is profit rather than honest and efficient education, the students become a bargaining chip rather than individuals wishing to progress. These schools sell kids dreams, and in my experience, penalize you when you get close to them. By my junior year, I was 21 and spinning at the number one club in Philly. I was being booked multiple times a week and still managed to make it to class, but my grades were hurting. After that I realized I had to do a better job of balancing out my schedule because at that point I had virtually no time to take care of myself. It was ultimately just a very frustrating time were I was in classes with kids who didn't take shit seriously, being taught by teachers who were frustrated with their pay and the confines on their curriculums, at a school that proved time and time again how little they cared for the well being/safety/health of their students. And having to turn DJ work down to go sit in that environment drove me crazy.

My major was Music Business and Recording.

ADVISE!!! First of all, I want to stress that college isn't for everyone, and it can be a big gamble to take out those loans. So make sure it's right for you, and consider community college!! School can be great but if you're like me and didn't go to college to get drunk for four years, you may find yourself frustrated at the pacing or the lack of care your peers have. To deal with this, I highly suggest going to school in a place that you're interested in, and getting involved outside the school. In this case, having Philly to get lost in when school was too much, was very therapeutic and ultimately very rewarding for my career. I was able too seak out real creatives doing real things relevant to my studies which just gave me edge when it came to applying what I was taught in school.

If you do go to school, Be patient, don't rush your process, and keep an open mind. 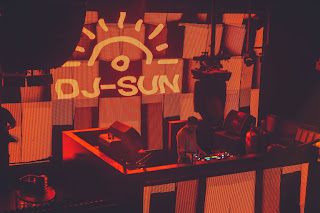 In December of 2018, you had the opportunity to do a set at Meek Mill's Championships album release party. What was this experience like for you? Do you hope to do more release parties like these?

This gig was a very special moment for me. Since I am not from Philly but had been working my ass of in Philly, it was nice validation that I was in the right place and a huge honor to get that opportunity. At that point I had already spun a few times a Noto for other release parties and Hiphop appearances and knew what I was getting into but The Meek event was a little different. Usually these club events are a flex contest where everyone comes out to one up each other and the environment can be a bit toxic. But at this event, you could feel all of Philly at once and it was one of those nights where everyone knew that history was being made. Moving forward, I would like to keep a toe or two in the club scenes and special event (release parties) scenes. Not only do clubs show a lot of hospitality to DJs in general, but those gigs give you a great platform to grow and meet other creatives.

What are some of your future goals?

Traveling has always been my goal. If you offered me a million dollars to DJ the same spot for the rest of my life or a thousand to do one show over seas, I'm going over seas. The money isn't my priority. I want to keep diversifying my resume with more types of events and venues and further my knowledge of this art and it's applications. Over this next summer I have dates in L.A., New York, Maine, Philly, Baltimore and more and will be hitting some of my first festival sets as well as other events that are new to me. Additionally, as a turntablist, I do plan to begin battling in the next two years. There are a few very prestiges worldwide DJ competitions that have produced some of the best. Not all DJ's are built for that, and it doesn't make you any less of a DJ if you don't compete, but it is something that I have always been interested in.

Also, Baltimore is in a very special place right now. The art being produced out of that city is some of the best nationally right now and with a little more infrastructure, the city could pop off at any moment. My friends and family that make up my "team" are very interested in being around for that and doing what we can to bring our city with us as corny as that sounds. So, as we pursue our individual goals, we have all been trying to funnel our momentum into the over all Baltimore Scene. And it's working.

Do you have any upcoming events you can share?

I do!
On Tuesday the 21st, I will be at the Foundry for "Kesha Night" (an early 2000s pop/kesha inspired party that two good friends throw and have asked me to spin on)

On the 22nd I will be at Boot and Saddle for an art event thrown by the Patchwork collective featuring a collection of local lyricists and vendors.

On the 25th I will be in NYC to play on the  MID-Night Dreams Collective two year anniversary festival.

and then GoodCleanFun will be back on June 5th before we know it! 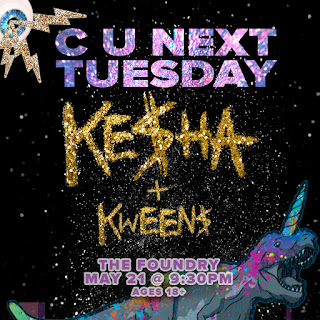 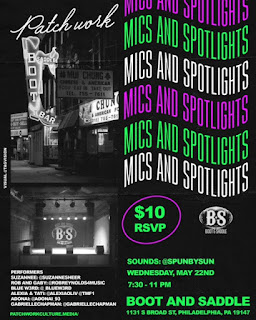 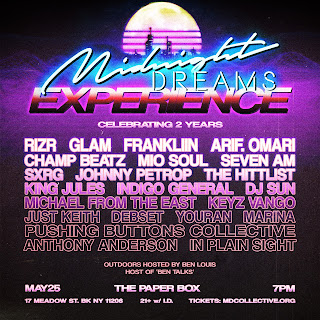 How can someone book you to DJ an event?

I am very accessible on all social media ( @spunbysun ) but the best way to contact me regarding music/business moves is my email djsunbooking@gmail.com