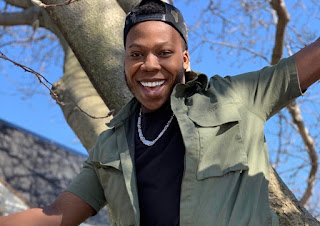 Who is Fitch Means?

Fitch Means is a story teller! He represents courage and strength and has always been the part of me that never cared what the next man thinks or should be caring about! When I’m making music, all bets are off. I’ve never liked writing to a structure because I believe that limits creativity! If you’ve listened to my music you know I’m covering all different types of experiences because that’s what life is!

As far as my genre, I’d definitely say Rnb but I’m always ready for something new to be thrown into the mix, whether it’s hip hop, pop, whatever. Creating has always been a passion and I love to try new things when I get in the studio.


Who are some of your musical inspirations?

Some artist that really inspire me would be Mahalia, Ariana Grande, Miguel, SZA, Kendrick Lamar, & The Weeknd and so many more that this list would go on forever! All of these artist have contributed to my style and sound  immensely and I love that they all have covered a wide range of music and are just talented asf!


How would you describe your style to someone who has never heard your music before?

My style is smooth Rnb, but I’m always switching it up with adding some hip hop or pop. It’s music with a message but you can vibe to it!


The visual for Kiss The Ring just dropped a few days ago. How did this come to be?

So I was sitting with my boy Langston and we were going over so many potential concepts for the Kiss The Ring Visual. Ultimately I decided to go with an audio visual. The mask used in the visual was chosen as it’s a symbol of vibrant intensity!


Are you from Philly originally? What does Philly's art community mean to you?

I’m from Philly born and raised. I’m representing Uptown. Philly’s art community is so important. It’s an outlet, and for a lot of people its a lifestyle. It’s one of the reasons I was able to flourish as an artist. To have the artistry that my city possesses surrounding me at all times was only adding to my craft. 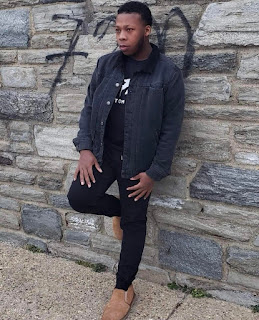 Tell us about your most recent project, Declaration. What was the creative process like when creating this? What does this EP mean to you?

Declaration was what I was Declaring for 2019. Each track makes a statement from love to self worth. So this project means everything to be because it was a mental crutch helping me deal with the hell of a year I was having in 2018.

The creative process for creating Declaration was fun but definitely stressful. There’s finding the right music that speaks to what you’re trying to say. Then it’s figuring out how you want to deliver that message. A lot of times we are free styling what comes off the mind, body, and soul or seeing what ideas we can bounce around. Most people don’t know this but the EP didn’t get completely finished until a week before release! The process is tough but I’m grateful for it. It shaped me, made me work harder than I ever have before, and put a lot of thoughts into a better perspective!

What was the experience like creating Millions with one of your close friends, King BreZe?

Dope as hell. The writing sessions we had were full of good energy and I think that really showed on the track. Structuring the song was really dope to. Deciding what needed layering and how we as individual artist could put our own personal touch on it! Even during the recording process we had so many ideas that were added to the final track.


What's next for you? Are you working on new music or visuals? Do you hope to do more live performances?

I love performing live and I hope to be able to do for as long as I can. Its something different when you are connecting to your audience in person. Even having someone let alone a crowd know your entire song is amazing!

So I'm working on a visual for Millions and an EP called 2AM Drive. I’m also working on some visuals for 2AM Drive and some singles I’ll be releasing this summer. Also, I’ll be performing at ODUNDE Festival June 9th.