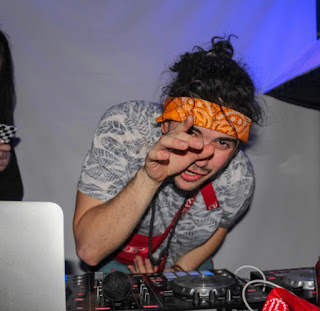 Hashland is the New Jersey artist and DJ taking Philadelphia by storm. In this interview, he talks about Party on Hashland Ave, Pink Sotano, his music style, and the accident that changed his life forever. You can catch Hashland at PARTY ON HASHLAND AVE this Wednesday @ Kung Fu Necktie! (Flyer below)

Is there a story behind your name?

yes. im from a small neighborhood named “Ashland” in South Jersey. i made a song back in the day under a different name called “We Get High” and in the songs intro, i say “Straight outta Hashland” and things like that. the name never left my head. i had got so drunk and high one night a few months later and i passed out and smacked my head on the floor. when i woke up the first thing i remember thinking was “Hashland is Alive”


What does Philly's art and music community mean to you? 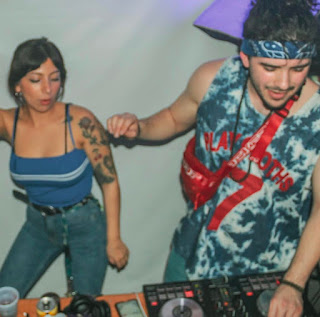 Tell me about the evolution of Party on Hashland Ave. Where did it start? How has it grown over time? Do you have any future goals to expand the concept?

Party On Hashland Ave was originally a party i threw to stack money so i could buy my childhood house back on “Ashland Ave” that was and still is everything to me. i wanna go back and sit in my old room it alll started in and finish my self titled album.

the very first one was in april 2017. me and DJ Javascript Djing B2B and me performing downtown at Tabu. now its turned into this project of mine to personally select my favorite artists & DJ’s that will blend really well with each months energy and give us all the greatest new experience.

right now it lives once a month at Kung Fu Necktie. i have dreams to watch it become the next big Festival that happens 2 Times a Year.


You stand out from other DJs for your contagious energy, but also in that you make original music. Were you rapping first, or DJing first? Do you prefer one path over the other? What does your future look like, in both parts of your career?

thank you...
when i was real young i sang all the time. when i saw a dj for the first time i thought that would be cool because of my obsession with music and mashing songs together. since the age of 4 tho i would sing and freestyle all the time. every party my friends would make me jump in the cypher.

in high school i bought a Mac and started writing and producing original music. fast foward 7/8 years and im tryna find a dj i could trust for my shows so bad i said “fuck it ima be my own dj”. i practiced atleast for 4 hours a day in my room everyday because i was hooked and to maKe up for lost time lol. i figured i never wanted to be that boul in the dj ear like “yo can you play my new song?” so id play my own shit while i djd. 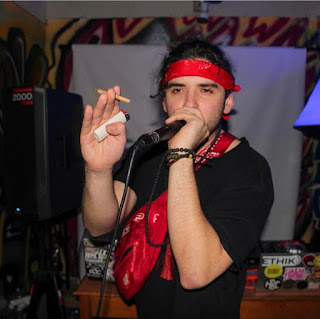 Do you prefer to DJ at parties or bars?

Parties. i love doing the classic night out at the bar set any day/night of the week but if you really want an experience come to one of my sets at my parties. ya just gotta be there


How would you describe your personal style in regards to your mixes?


You play pretty regularly at Pink Sotano. How did you get affiliated with them? What has being such a big part of Pink Sotano meant to you?

i met Muddy Taylor at the Thursday Night Groove this time last year. after rocking a few parties with him i asked if he knew any good rappers for a Cypher i was putting together in july. he sent Tyler God. idk excactly when but we instantly became like brothers of the same home.
they already had the studio and offered me a spot in it.

before any of us could realize its grown into a spot where people make more than new music. they make unforgettable experiences and memories that we talk about today. you can always keep up with Pink Sotano on IG for whates going on and whats coming up. and also if your looking for your new favorite studio to
record in. 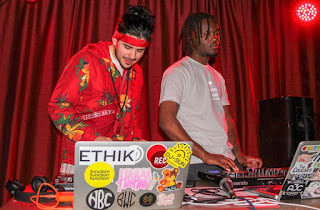 You were involved in a serious accident only a few months ago. Do you feel that changed your overall outlook on life? Did this affect your music at all?

Yes, a lot. in september 2018 i was in a vicious 2 part car accident, both parts a minute apart from eachother that resulted in my leg tearing open and hanging by just enough skin to be put back together. 4 surgeries later im still recovering from it.

it makes me feel even less normal than i did before but it does help me realize one thing, like other tragedies in my life, if i was able to bounce back and survive that. i can do anything.

it helped inspire me to continue to make the album i started working on before it called “DIE HAPPY”. it felt meant to be.


How can people book you to DJ at their events? Where can everyone find your music and mixes?

Hashland93@gmail.com
my instagram is @hashland
and if you search Hashland anywhere online. im the only one out there :) 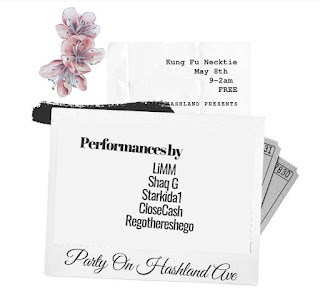