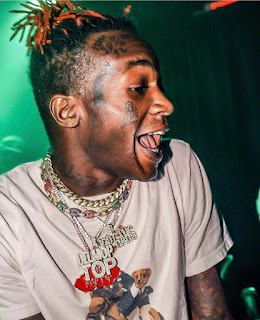 What are some of your musical inspirations?

Do you have any upcoming shows scheduled?

As of right now, I'm about to head down to Miami for Rolling Loud and a couple things in Los Angeles right after. As far as shows, it's pretty much 'as booked' right now. When people got money, they'll hit us up a couple weeks before and then I'll go turn up and turn out.

I have merch out now - bookbags, shirts, stuffed Moppypools - I'm also looking for writers and videographers to help me put a short film into works.

After 999 is released this week, do you have any videos planned to drop from that tape?

I just booked Sage English to shoot a video down in Miami at Rolling Loud, we might double up and end up shooting two. But the goal is to shoot Moppy Bieber in Miami.

The 999 Tape drops May 9th - does the title mean something specific to you?

Numbers mean something different to everybody. They're numbers.

Do you have any songs already dropped that will be on 999?

Are you planning on dropping an album in 2019?

No, I'm probably not dropping an album in 2019. Everything is circumstantial. Everything is a vibe. If I'm locked in a studio somewhere, people might get a album. If I choose to focus on the other side of music, networking and connecting with people, then there's not gonna be an album. A lot of those things depend on whatever is going on in my life - business propositions are made. If I get a deal in the next six months, then of course there's gonna be an album. I like to focus on the bigger picture, not necessarily drop a shitload of music. I like to give people quality over quantity. 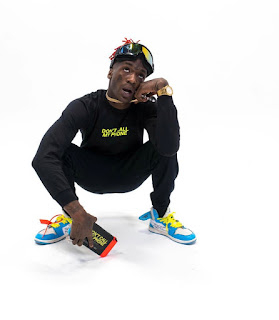 So would you say your creative process is more natural?

My email had too many songs in it so we decided to drop this mixtape (999).

You have been all around social media promoting Bumfeet Exotix the last few months. Are you looking to continue with brand collaborations and sponsorships?

I'm down with whoever got a check for me. I don't care if it's a sock.

A lot of your popularity could be credited to that your music sounds different than other Philly artists. Is that your goal when creating?

No, I don't try to do anything at this point - a lot of shit just kinda happens. I don't particularly go into a studio and try to make a specific sound or anything like that, we just living life and other niggas is corny, so that makes it easier.

Since you started the Moppypool and superhero wave, other artists in the area have come out with similar ideas. Do you consider yourself a trendsetter, or does it bother you that other rappers are trying to ride your wave?

Who? Who using the superhero idea? They dickeating. I don't know. I jump off the shit sometimes and call everybody a dickeater, but they could just be influenced by me, they younger or whatever. But you could do so much more with your lips besides dickeat, so.

You can find Lil Mop Top on Instagram @lilmopptop, and across streaming platforms as Lil Mop Top.