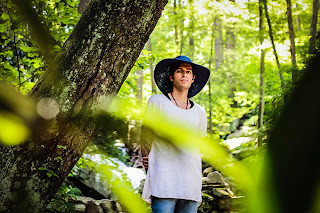 Are you from Philly? What does the local music community mean to you?

I'm from Lebanon, Pennsylvania.  I've always had a hard time either fitting in or being taken seriously in my hometown/area.  It's Pennsylvania Dutch/Amish country so not many people are very open minded and all the bands sound the same to me.  Philly has always been amazingly supportive and a lot of the artists and bands seem to "get it" better than a lot of scenes I've come across as far as if you wanna keep playing shows and have a scene not only do you need to play shows but you've gotta go to shows and get people to shows.  A lot of people think they're a rockstar and that their music is good enough to foster a community but a lot of local philly artists that I've met that are insanely talented are also super humble and supporting which is amazing.

Going back to the local community, an artist that's really inspired me over the years is Sandy Alex G.  He played in my basement back in 2013 to an empty room and then a few years later was touring the world.  It was very inspiring to see and with all of his success he still seems to be a super kind, down to earth person and his art keeps improving which I didn't think was possible.  As I get older I'm almost less inspired by an artist's music and more how they handle themselves.  I'm also super inspired by all my friends makin' tunes in Philly...Mikie Mayo, Sami Rahmen, A Day Without Love, Plead The Filth, D. Wild, Blk Crx, People Eating Fruit...there's a bajillion more.  The local music scene is seriously more stacked than ever.

I've been calling it experimental pop or chaos pop.  I like to use catchy pop melodies and motifs but in really chaotic unstructured songs that don't follow any type of direction other than they're what I'm hearing in my head. It's crazy cathartic to be able to take all the noise in my brain and turn it into something tangible and that I'm able to perform without compromising it to fit a "genre" or make it more marketable. 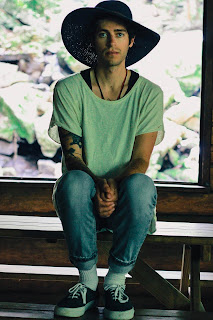 It's called Qualia, I actually released it in 2017 but then got some new equipment I was testing out and more or less "accidentally" re-recorded the whole thing with 4 more songs.  It was very much inspired by the book 'Infinite Jest' by David Foster Wallace which I was reading at the time of recording it back in 2017.  There's a concept in the book that reflects on something called the sierpinski gasket which I don't understand at all but reading it is what I wanted the album to feel like, if that makes any sense.

I have a 4 song E.P. I recorded in January in Lancaster, OH with some of my really close friends in the band New Cult.  It's definitely the best thing I've ever done musically(mostly because I let them do most of the playing/recording) that I'll put out at the end of the year.  Also working on a Princess Bride themed video for my song 'Changing.'

I'll reflect a bit, I've been thinking a lot lately how I'm always looking at the next thing and never really reflecting on what I've done right.  So, recently I worked on a song with Brian Walker from A Day Without Love which was real cool and even though he did his part in 5 minutes in a bedroom with all sorts of distractions he was super professional and his part turned out awesome.  I'm a big fan of Curtis Cooper and would love to have them lay down some guitar or anything on a future release.  I've also got some songs in the vaults with Blk Crx that I need to dig up and even though he's in LA right now me and Internal Rhyme and planning a collaborative song. 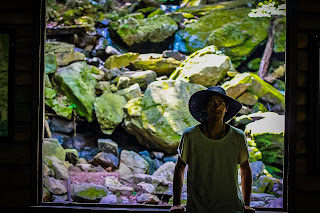 I do!  I just added a projector with a visual show and a vocal effects pedal to my live show and one of my good friends is gonna rig up some crazy midi foot pedal contraption to make it all work together in a really fluid manner so it really makes me wanna hit the stage and show it off!

I'm obsessed with this Princess Bride music video idea and am planning on starting shooting in Philly August 4th.  We need lots of extras and actors so if anyone wants to join plzzz hit me up!!