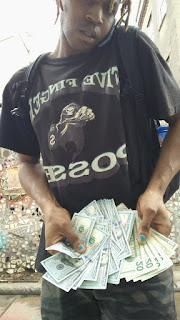 Are you from Philly originally? What does the local music community mean to you?

Yeah I'm from West Philadelphia but I wasn't born there Yung nigga 5G was adopted at the age of 3 I got family from Jamaica I never met. The Philly music scene is always moving forward but ain't no better artist than 5G.

Who are some of your musical inspirations?

Dylan Dylan Dylan and Dylan because he spits hot fire! Lol sike naw my only musical inspiration in life plus he also my dad the one and only Pharrell Williams.

5FingerPosse started by me it was a play on words i grew up on 55th and Market Street West Philadelphia so growing up the number 5 was always around me seeing it everywhere made me just want to make something big out of it. Also Im really big on numerology.
How we all came together was just organic real life situations like niggas skating, stealing from hella stores, or smoking some gas at the park downtown all the youth use to go to mainly a bunch of artist a park called Rittenhouse. Oh yeah I also live in world of Fine Arts as well. 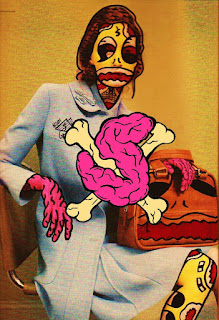 Your most recent track, Fuck Friends, dropped last month. What does this song mean to you? Do you have plans to drop more solo music this year?

It's funny u said that because slot of the recent tracks I've been dropping on SoundCloud are all old songs off of my "Therapy EP" that I dropped in January 2019 on Spotify, Apple Music, Pandora, etc off of my distribution label all of my fans already bought or streamed the project I was just putting it out on SoundCloud for the ones who don't pay attention lol.
But the meaning of the song was pretty self explanatory we all just recently been dealing with a lot fake energy that use to be around us that we had to shake off you feel me so its pretty much like Fuck these citizens of America lol.

The last FFP project, Behind Enemy Lines, dropped last year. Is there new music in the works?

Let me answer it this way hahaha. Is Donald Trump going to get elected for president again for another term? I'll let the people be the judge of that your honor.

Do you have any shows coming up you can share?

We just came back to Philly from a 3 Day Tour with the homies Wifigawd, RCB, Sybr, and Ghostie in DC, Bmore, and Philly so very very lit shows we've done a lot of shows already honestly but never a mini tour or a tour period so I must say very good experience. I also have a Solo show coming up in August in Denver this summer so definitely looking forward to that. I went out there last year for a show as well Denver is cool because of the weed law and shit but the Denver and the Airport overall just gives me mad creepy vibes. 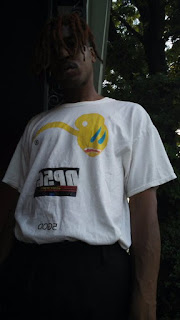 What's next for me to look forward to by the young Lil Vruh 5G boul is a sextape by me and my lovely baby Pepper, more music if I sell my soul to the devil, 5G clothing collabs with a company out in Belgium and some other companies, and last but not least a Sponsor by WHYY and PBS Kids.

ITS YA BOY 5G AKA LIL VRUH THANKS FOR HAVING ME IM GONNA GO DEBUNK SOME YOUTUBE VIDEOS NOW SHOUTOUT NEXT UP PHILLY IM OUT!