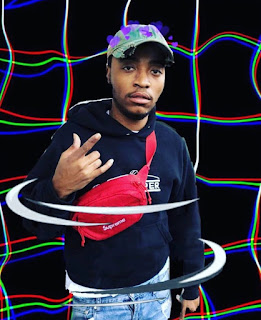 Who is Lil 610? What's your story?
I like to just consider myself me. All I do is stay true to my self and what I liked growing up. This is all just a continuation of that.

Are you from Philly? What does the local music community mean to you?
Started growing up in Chester. Then made the move to the Philly area. The philly music scene has been mad important because that was the only place that I was allowed to grow. Since I was from the area I was given chances when I didn’t necessary deserve them. Now looking back though they made the right decision haha.

Who are some of your biggest inspirations?
You know it’s kind of weird because my inspirations are interesting. So yeah I got the Tupac’s and the biggie’s, Lil B, Max B and Nate dogg but also newer people like Lil Uzi, Trippie Redd and Young Thug.

How would you describe your sound to someone who's never heard your music before?
My sound is a combination of Cloud Rap, Mumble Rap, Melodic Rap, Meme Rap, and Political Rap. It’s pretty interesting, and this evolution was fairly recent. Before I was more focused on meme rap, cloud rap and melodic rap but the addition of the political elements was the difference maker.

Tell us about your most recent project, 'Loser'.
My most recent project is Loser which I’m so happy it’s finally out. I was teasing this project since late 2017 early 2018. I wasn’t in a rush to drop it because I knew it had to be at the right time. That just so happened to be now. It’s a modern take on a heartbreak ballad that focuses on self-improvement. 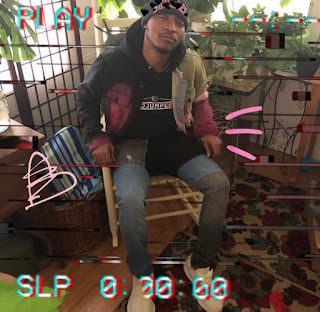 Do you have any visuals dropping soon?
The music video for Loser should be dropping this year. If not this year, early next year. There’s also a couple other visuals whos release is fluid.

What are some of your dream collaborations?
Really wanna work with all my influences that are still around, the Based God, Uzi and Lil Wayne. Still much love for Weezy F Baby. Lil Wayne deff a influence I forgot to say haha.

Do you plan on performing live more the second half of the year?
Definitely going to perform more often. People have been asking for a small tour so we are in the process of organizing it.

What's next for you?
Big things on the way. 3 tapes on the way: Smoke1A0, The Bellator EP, and Pokémon Cards the Tape. I’ve been blessed with this opportunity and I won’t let it go to waste.