THE TIM FROM OZ INTERVIEW 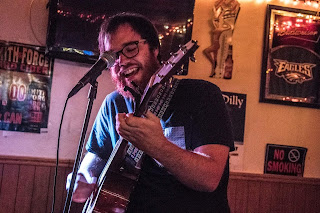 My name is Tim Osborne and Tim From Oz is my musical project. I had always kind of dabbled with music, but it was only within last two years or so that I started to pursue a bit more seriously. I began booking shows and put out my first record WALKING EVERY NIGHT last August. Since then, I’ve been playing shows around the area and am currently working on some new music.

Musically-speaking, some of my biggest inspirations are The Beatles (I know, how original), Brand New, Arcade Fire, 90s and 2000s alternative rock, soul music, and early 60s pop rock groups. I feel like I get a lot of inspiration from non-musical arenas as well. For example, some authors or actors such as John Irving or Viggo Mortensen seem to have some pretty eye opening views on self and others and just a general sense of calm that I strive for.  I usually fall very short.

I like to say it sounds like if Brand New and Weezer has a baby together but it was fostered by the Beatles for it’s first few years of life then adopted and raised by Beck and Bon Iver. On the weekends, Bruce Springsteen babysits.

My most recent release is my debut record WALKING EVERY NIGHT. I will always be thankful for it because it was the catalyst that gave me the opportunity to get some shows and on some playlists and the like. The record got its title from a line in the song “Just the One” and it refers to my habit of taking long walks by myself. I find taking long walks really is when I do my best writing or rather, it is when I am the most perceptive to creativity and open to outside inspiration. 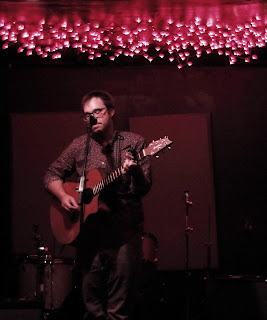 I am working on some tunes as we speak! I am looking to release a standalone single, a duet, in the fall. I am currently working with Trevor Leonard (Valencia, Punchline, End of America) at his studio. We are also working on songs for a second record, which I plan to be a full length LP.

There is a band called the Zombies and they put out a record called ODESSEY AND ORACLE in like, 1967 or so. It’s just this beautiful pop record and it was really overshadowed by what the Beatles and Beach Boys were doing at the time. But it’s just this beautiful sunny slice of baroque pop that just holds up so well. So maybe not collaborate but I would’ve loved to have been a fly on the wall when they were recording that one.

Do you plan on performing live more often the second half of this year?

I do indeed! I am playing Creep Records in Philadelphia on 10/24 and am currently working on booking some stuff. All events are posted on my music pages on social media.

I am going to be playing a song or two from my record on Philadelphia Radio 104.5 on Friday 8/16 at 5pm. I am beyond excited. Also stay tuned for more dates to be added. Follow me on social media!