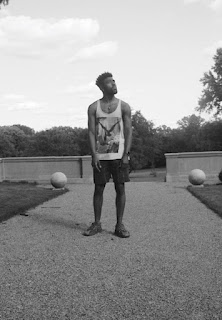 What's your story?
I started making music roughly a year and a half ago. I always had a musical background though, since a young age I'd always be rapping & singing and writing little stuff down. Me and some of my friends we would just be kickin' it, smoking, freestyling, and just vibing. We were never really too serious, but people would always tell me "Yo you should start making music". I always knew I could do shit a little different. Eventually, you know life happens...it has it's ups and downs. For me, shit was just going sideways, but I found it easy to just speak on my life and certain situations from my Point of View and just be real. So...I chose the name CTRIP pretty much because my first name is Christian, but I wanted my music to be more like a Trip into my mind, and have whoever listening  just feel what I feel and catch a vibe.

Are you from Philly? What does the local music community mean to you?
I'm from Philly, but grew up in a Philadelphia Suburb called Cheltenham. The local music scene means a lot to me because I feel like there is so much brewing talent ready to reach the surface. Literally, from all areas of the city and in different genres. We also have one of the most critical ears in the country, so if you make it out of here, you're a star! The problem is people don't want to support their friends or people who haven't blown yet cause it seems corny. Every city hates on their own. But there's a reason why you can name like 20 different rich rappers from the same neighborhood in like Atlanta.

Who are some of your biggest inspirations?
Some of my biggest inspirations in no real order are Frank Ocean,  Kid Cudi, The Weeknd,  Lucki, Future, Kanye, Earl Sweatshirt, amongst others.  I love when artists aren't afraid to talk about their vices and express their raw emotions whether that's pain, sorrow, love/heartbreak, depression, or even really happy moments. Sometimes it's not the prettiest thing, but it's real and if it's meant for you then you'll connect. That's how I try to make my music, I don't want to just make stuff for the sake of making it. I want to be able to connect with people and have them feel my energy.

How would you describe your sound/vibe to someone who’s never heard your music before?
I'd say my vibe is hip-hop with heavy melodic R&B elements, I try to switch it up between my rapping and singing, and not do too much of either. I listen to a lot of different music so my sound is pretty versatile, you never know what you might hear. I make music based on my thoughts, feelings, and events that occur in my life. I kind of take inspiration from everything that happens to me, even little things. Whether it's about wylin' out, sunken places, or love, or whatever, there's a vibe to catch and you can play it whenever.

Tell us about your most recent release. What does this project mean to you? What was your inspiration?
I've dropped a few singles since my EP "Moon Music" that I released in February 2019, you can find that on All streaming platforms. That was a short 5 song tape really just to experiment with some different sounds and showcase my versatility a little bit. All the beats are pretty trippy and spacey, and each song has it's own smooth melody. My inspiration was just to make something short but smooth and sweet. That tape kind of spring boarded me into the right direction, because I saw what direction I wanted to head in with my music and overall sound. I feel like I've advanced a lot since then. 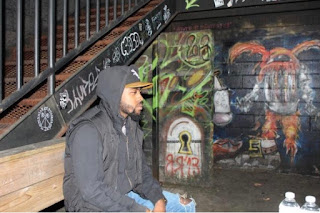 Do you have any new music or visuals dropping before the end of the year?
Fasho! I've been working on a lot of new music and I'm excited to share it. Lately, I've just been working on myself and trying to perfect my sound. I recently dropped a video for an old song "NUMB", I put that on the moon music tape... but yeah me and one of my friends Ian (S/0 IanMera) have some crazy shit we've been cooking up so a lot of new songs are in the works.

Who are some of your dream collaborations? Are there any local artists you would love collaborate with?
So Many man,  I would love to make music with The Weeknd, 6LACK, Juice WRLD, Playboi Carti,  Jhené Aiko, Frank Ocean, and so many more.  For local artists, I'm trying to tap in with more local producers.  Me and my boy Eli616 need to get on a song, we been talking bout it for like a year and have a couple things laid out but never record it haha & I'm tryna collab with another local artist T$AN

What's next for you?
Lord Knows, I'm just focusing on what I can control and trying to make the best music I can. I have a couple unreleased songs I'm excited about, and I'm always working. I might release another short project before the year ends, but yeah its finna be lit!