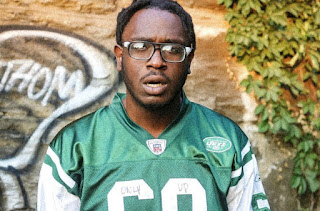 All photos by @ayodan
What’s your story?

Being born in Brooklyn to a single mom, I moved to Philly when I was around 4 or 5. At first I was very school oriented and really had no music interest at all. My mom would put me in piano lessons or the church choir and I never really took it serious. Once I got to about 3rd grade I met my brother, Isiah Antoine, and we started freestyling for fun. At first I was top ass. He was really good though, from the start. Something in me just wanted to be as good as he was. Once I got to like 7th or 8th grade I started writing and making beats. Then once high school got around I started recording tracks in my room and made a name for myself throughout the school and in Abington township, where my brother went my brother was going to school. Since that point Ive only taken everything a step further doing shows, building connections, and making even better music.

Honestly this shit means more to me than most. I understand the power of coming from a city so full of talent. Some artists come from a small town, blow up, then you don’t hear about anyone else from there. Coming from Philly, you really have an opportunity to be apart of something huge. Not only is this city already filled with legends from the past, but looking around, you quickly find a lot of legends from the future too. Philly will be the next big music hub. Our wave will consist of countless artists from here and the surrounding areas. Much like Chicago, Atlanta, and Florida to name a few. 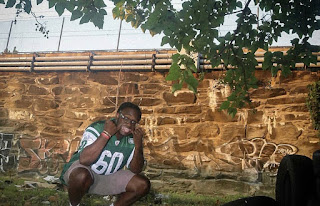 Even though i preach the importance of mental health, I struggle with it on the daily. There are days where i feel like im not capable of anything. Days where i wish i wasnt the person i am. Days where i dwell on mistakes ive made in the past and how different my life would be without them. Ive been working on conquering these thoughts but the fight is still very real.

The last official Project I dropped was “Not Trap Music” back in 2015. That tape helped me crossover from my high school and Abington to actually making a name for myself in the city and on the internet. That tape got me recognition from Anthony Fantano, Kur, Earl Sweatshirt, and alot of other people too. I wanted to release the long awaited sequel this year but I just dont feel like the time is right yet. Look out for that bitch soon though. Ive already gone through 2 different versions of it. When the time is right it’ll be a moment for sure.

Isiah Antoine is my favorite rapper. Been making music with him for damn near my entire life now. Our chemistry is literally unmatched. I love making music with Shawn cause i feel like our contrasting styles really fit perfectly. Me and Lord Trippy got some hot shit on the way. Me and Ant Beale first Collabed in 2015 on a remix to my biggest song to date (“Undefeated” feat. Him, Theodore Grams, and Eddie Madrid) and that jawn was a banger. Got some more on the way with him. 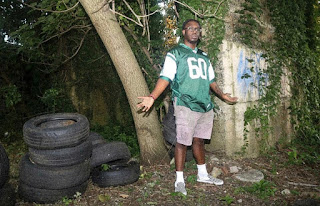 Definitely NTM1. Musically it captured exactly what ive always wanted to sound like and laid a blueprint for how i make music now. It also has a CRAZY nostalgia factor that brings me back to that time every time I hear it.

Dropping a Song a week from now until further notice starting August 31st! Once I build my following up from that, Ill drop NTM2… Im also writing a tv show which you’ll hear more about later.