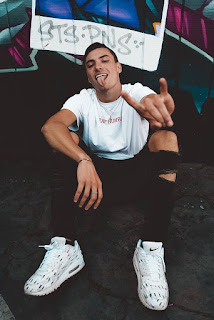 Shot by @anthonyscinema
What’s your story?

Originally hailing from Allentown, PA my friends and I would always freestyle and make beats on anything we could possible. In high school, I was the weed brownie plug for a while until one kid got so high from my product that he snitched. Long story short,  I caught a felony at age 17. I’m not saying this to sound cool but to instead show you where my love for music all began.

A week before I was on house arrest i ordered a simple music making package.. Speakers, a microphone, and an audio interface. As you can assume house arrest is boring as hell so I spent countless hours watching youtube on how to use my cracked downloaded version of Pro Tools. The first song I made was called “Politely” which instantly obtained tens of thousands of streams along with positive feedback on soundcloud. In a time when I felt so vulnerable, that meant a lot to me that I had somewhat of a voice. I look back to that time and thank god for the kid snitching on me or else I would’ve never tapped into that creative part of me.

Man there is so much hidden talent. After performing at many shows locally and in Philly at the voltage lounge with Lil Xan’s best friend $teven Cannon, I saw many local artists showcase their talent and they should be bigger than some of the famous rappers! No cap! I always support local artists. I’m now living in LA but I always have my producer friends send me beats and even feature them in my music here and there to bring them up with me.

Some people take me as a joke because of the fact i’m a white rapper. They think my career was paid for or even handed to me but they don’t even understand the work that I put in behind the curtains. Not many people know that I produce, engineer, write, and rap my own music all in my bedroom. I do it all. 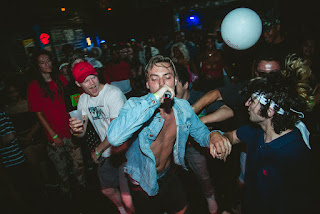 A lot of things going on right now in the life of Kid Shyne. I just dropped my most recent track “Sweet Bomb” on all music streaming platforms and Cole Bennett’s blog Lyrical Lemonade picked it up and wrote an article about the track.

I’ve been doing tons of shows lately, flying back and forth to Philly and LA. I love the voltage lounge on 7th street. It’s a dope venue.

This week I just shot a music video to one of my more popular songs Glo Tf Up which is set to premiere on No Jumper. This will be the first music video I’m dropping in 2019. I do have previous ones that you can check out on my youtube, youtube.com/kidshyne but this one is special and I can’t wait for you guys to see it.. STAY TUNED!

I love collaborating with my homie Nate Kobain back in Allentown. He’s a producer and artist with a very new wave vibe. Also my best friend since highschool we would always rap together as kids and now we doing shows together. He used to go by the name of Lil Fred but now re-invented himself into 5’4”.

My favorite project has to be my track called What You Want. I freestyled that whole entire song as a joke over a youtube beat but of course that one was my fan base favorite. I do not own the rights to that beat so it must remain only on my soundcloud with no monetization.

I think Nate Kobain is next up as a producer for sure. There’s really no saying because it all depends on their drive!! TONS of great artists based out of Philly, I’m just excited to see who pops off next. 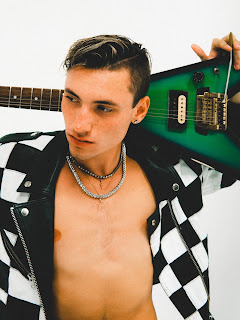 Next for Kid Shyne is definitely more shows, interviews, and music videos! A lot more involvement with the community for sure! You guys can follow my journey on my socials here: