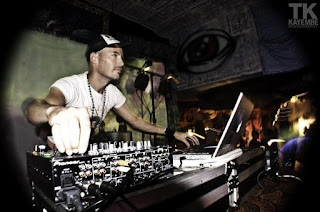 What's your story?
I was born in a small farming town outside Johannesburg in South Africa, I got my name cause I was a crazy kid and had too much energy and my mom called me MartyParty cause my name is Martin. When I was 11 my family moved to the city and I started being exposed to the club and underground music scenes. I used to go out every night during school on my Yamaha YZ dirtbike and cause tons of trouble but I was always very diligent at school and aced everything. I was always mad into computers, I couldnt get enough computer shit. I was always coding or gaming at home. When I was 17 I left home and went to Cape Town and studied computer science at UCT. After graduating at 20 I got a job and started learning about corporate life, I worked in a club on the weekends and learned about the rave - I partied hard. At age 23 I was recruited into Silicon Valley by a technology startup in the US. I moved to San Francisco CA and lived there for 10 years commuting to work on my GSX750 sport bike across the Bay Bridge every day. It was in SF that I really got into house, trance, and EDM music and I started collecting vinyl and developing my own musical taste. I was a big raver and lived in the underground rave scene as much as possible. In 2005 I decided to quit the corporate world as I had enough of its slave mentality. Always holding a carrot in front of you, never letting you feel ur own success. I bailed. Took off to Costa Rica where I learned Ableton Live and the software and process for producing EDM at night, and surfed and hung on the beach in the days. I started crafting my own sound one rainy season in Costa Rica in 2006, I didn’t know what to call it but it was rave music that had a hip hop beat. I wasn't really feeling steady beat music, and I just started composing hip hop beats and then layering melodies and basslines on them to create a progressive story in each song. I wanted to synthesize every sound and not use any analog or organic material. I was obsessed with 100% digital music creating the same emotion and feeling as organic music. I called it Purple Music cause I was totally in love with Jimi Hendrix and his Purple Haze tune which changed my life when I heard it. I moved back to the US in 2007 and started MartyParty and PANTyRAiD with my homie Josh. The music just started coming real fast and I spent the next 7 years writing and touring my music. I lived in Portland, in New York and now I live in Miami which is my new home. Its like Costa Rica in the USA. Im a beach bum water and boat guy at heart. Anyway, my goal has always been to inspire others to become artists and to break digital music out of the monotonous and boring pattern it seems to always take and make it truly musical and expressive, and make timeless songs. I’ve seen genres and movements come and go, trends emerge and fade, but at the end of the day it’s about songs that transcend all that crap and stand alone. I’m on a mission to make a timeless electronic brand- my best songs are yet to come.

What does the local music community mean to you?
Here in Miami we have a monthly residency in South Beach at Kill Your Idol with the Strange Bass family - it’s all homies, producers, DJs and a whole lot of fun. But mostly we all support each other, we promote and share gigs and opportunities and keep the community growing and a great place to be into music.

Who are some of your biggest inspirations?
Grew up on Bob Marley, Led Zeppelin, Grace Jones, Pink Floyd, Depeche Mode and hip hop. I drew most of my musical inspiration from those songwriters and their messages. I’ve always had a light, sexy, happy mission in my music and those are the musicians I tend to align with. Not the dark side where I don’t get much stimulation.
I’m a hip hop junkie - I adore hip hop producers - Mike Will, Scott Storch, Zaytoven and the geniuses that have made the music behind the hits.

How would you describe your sound/vibe to someone who’s never heard your music before?
Electronic hip hop, bass hop, purple music. A combination of hip hop music with electronic leads, bass and themes. Club hip hop. Multi genre, rich storytelling rather than loopy beats. Compositions. Tapestries. 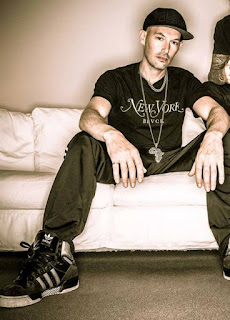 Tell us about your most recent release. What does this project mean to you? What was your inspiration?
My recent release is called Spectacle. My music is a journal of my life - takes me back to a certain time, place and feeling- which makes it all meaningful to me.
Some of the recent tracks from Spectacle were “Lit”, a huge moody hip hop beat, “Belgium”, a deep house bass track with half time hip hop bridges, “Nip Tuck”, a deep bass sexy club voyage. Coming up next are “Epiphany” with some A$AP Rocky snips and lively bass interludes and looking forward to “Pound Of Purp” coming out - a true class MartyParty algorithmic composition tying rap and electronic verses together in a new arrangement.

Do you have any new music or visuals dropping soon that you can share?
Yes-. The Spectacle Drip. It is all of that and more. Moving away from “dropping” albums all at once and have started The Spectacle Drip, where a new MartyParty song is released every week. Dripping content instead of dropping.
Say tuned and follow the Spectacle drip on Spotify here: https://spoti.fi/32DAztt
Each song has really dope album art made my girlfriend, Minx, who I will be touring with. She also makes music videos for some of the songs. One of my favorite parts about the Drip, is that I have just started making music tutorial videos for my latest songs. I believe in full transparency and sharing within the music community. I’m not afraid to show exactly how I  made my music – I prefer it and hope to spread my knowledge of digital production on Abelton Live and music composition and with the next generation of emerging artists. We are all in this together. Let’s share and learn from each other
Check out my tutorial here: https://www.youtube.com/watch?v=QgoNZUWkTUI

Who are some of your dream collaborations? Are there any local artists you would love to collaborate with?
Gucci Mane, Post Malone, Lil Wayne, Lil Skies, Nicki Minaj, Skrillex, A$AP Rocky.
Currently working with dope, local Miami artists Minx, Lamebot, Karma.wav, Luna, Violetta, and MadSavvy. Check them out. Miami tribe on the rise.

What’s next for you?
Spectacle Tour across North America starts on Friday. Hitting up New York, Bozeman, Seattle, Austin, Nashville, Reno, Santa Cruz, Denver, Fort Collins with Minx.
Continuing to drip music every Friday on the drips through end of the year! Watch out for Mayan Smoking Blend, Cozy, Lost in Thought - so many new songs coming out!
After tour, I will start producing Minx’s Booty House EP in early 2020. Hitting up Australia, Tazmania in February. On my time off, I’ll be Enjoying sunny Miami boat life during the home time and boat testing the newest to laptop song sketches on the boat subs. See you out there America. Follow the drips on Spotify. Peace.