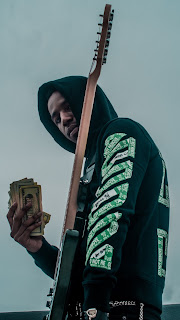 (ALL PHOTOS BY @QUADYPHOTOS)
What’s your story?

My Names Mike Brazey, I’m an upcoming alternative artist from Gritty North Philadelphia. I started out writing songs for other people in 2016. I did that for about a year and made a name for myself, as a hot songwriter coming into the scene. Fast forward to 2018 I decided to start releasing my own music with my debut EP “Jack of all genres” ! The EP was meant to be a true display of my vocal, Rap, and writing ability all together. I enjoyed writing for other artists, and still do, but I felt my process to success could be sped up by releasing my own shit.
BTW during that stage I was known as “Mike B”. Later on in 2018, December, I changed my name to Mike Brazey. Which in my opinion, solidified my brand and fan base “Brazey Gang” ! I was always well aware of my voice, and the radio potential it has.
In March of 2019 I began to be noticed by labels like Empire, Etc. This past May I released my second project “Slime Alert” which is available everywhere.
Overall, I know that I’m a superstar talent & im still in the early stages of navigating my career, but I’m on the way, trust me.

The community means a lot to me because we’re all grinding artists with the same core goals. Some better off than others, but we’re all trying to make a better life for ourselves & family. I feel there’s a lot of opportunities to help each other along the way !

Young Thug, I really look up to how bold & unapologetic he is ! The only nigga that can wear a dress & wont nobody say shit. That’s some G shit if you ask me !

Starrah, who’s a decorated songwriter in the industry with crazy plaques
Meek Mill, he from my city, and definitely got the crown right now
-NBA YB, I look up to his consistency in the game ! That’s an Artist that keep the heat on at all times.
Andre 3000, for obvious reasons 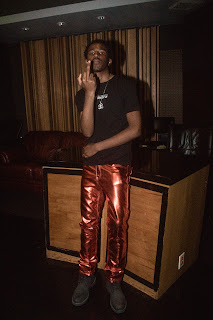 I’m not the type of artist that you can put in a box !
My music of choice is hard Trap singing type shit,
But I’ll turn around after that and release some real R&B or pop vibes and have the whole world confused ASF. I’m really in every lane, as some people would say. I just use my talent to the best of my ability, via inspiration that I get.

“Slime Alert” is the mixtape that dropped on May 11TH.
It’s 10 Tracks of straight bangers. When I release a project I never wanna have just one particular sound for my fans, I like to mix it up. This project is as versatile as it gets. It’s only my sophomore project, I’ve got big plans in the works.

I haven’t had the opportunity to collab with other artists much just yet, because I was so focused on solidifying my brand. Now I feel that I’m in more of a space to collab with artists.
-Travis Scott
-Tierra Whack
-Meek Mill
-Tankhead666
-RockstarMarqo
-Poundside Pop 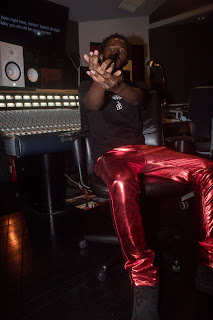 Slime Alert is my latest project, & I’m def most proud of that one ! I’m only getting better and I have faith in my process.

Some hot singles coming out very soon,
and Los Angeles, the city where dreams come true 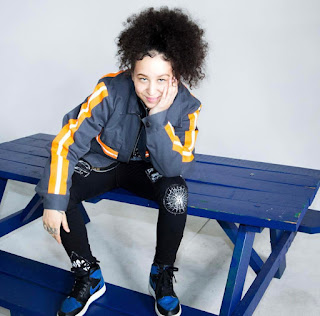