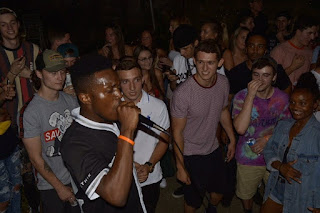 I was introduced to music through piano lessons at the age of 5. My mom was one of those parents who involved me in as many activities as possible, but music was really the only one that stuck. From the moment I began to understand piano, I realized how music is a form of emotional communication that runs deeper than language ever could. I immediately engulfed myself in it, picking up violin lessons. As I began to take interest in the 90s rock scene, I taught myself guitar and bass. Fun fact, I still know how to perform all of Nirvana’s “Nevermind” on guitar and can sing along. I’m definitely rusty, though. I also joined a boys choir in 3rd grade and always dreamt of doing solos, but back then I was too shy.

I started writing my own music in 7th grade and it was then that I decided I wanted to be a rockstar. I tried to form a few bands, but no one wanted to take it as seriously as I did. So that fizzled out. At this point in my life, I was only really listening to 90s bands and I believed rap music to be a waste of time. However, I went to the 2015 Made In America Festival on a whim, saw Earl Sweatshirt perform and was inspired. The one line from chum “too black for the white kids and too white for the blacks” touched me to my core. That was my experience growing up and to know someone else felt ostracized in a similar manner was comforting. Additionally, it also made me give rap music a chance.

I had a friend who rapped - Pick Patek - and I started making my own rap songs that following year of highschool with some friends. Together, we founded a collective and although we weren’t serious we were releasing music and doing shows. Although a lot of the early music sucked - I can say this with hindsight - it was the experience that really counted. Of the four founders, three of us are now pursuing music seriously.

After graduating high school everyone kind of went their separate ways musically and I arrived at SJU wondering whether music was something I should even continue doing. I released a project - nofi (2017) - through Reminessence Records and then asked God for a sign or just anything. And he answered. That was the craziest part. He really answered. I was tapped to open for YBN Nahmir in early January of 2018, and together, LiMM and I set the record for tickets sold by a local act at the venue. On top of that, we rocked the sold out show to the point that one of my roommates told me the floor was shaking. That was literally all I needed to believe in myself.

After that, LiMM and I set to work on what would become the Hawk Tape and our first hit, Come Up. In the process, however, I neglected all of my school obligations and nearly failed out. Additionally, I discovered an underlying mental health condition that forced me to take self care more seriously. Throughout this process, my doctor relayed the information that I was truly lucky to be alive, in lieu of how I had been treating my body second semester of my freshman year. That was a fucking wake up call. I still get chills thinking about it. I was only 19 at the time. Luckily, I was able to salvage my full scholarship and return to school for the next semester. I didn’t waste my second chance.

Dude, the local Philly scene is so fucking cool. I’m not sure if people realize, but we are literally in the process of changing Philly’s narrative! We’re history in the making. Philly is definitely known for being a city that doesn’t really support too well, and that’s definitely true to an extent. But the pocket I’m in is very communal and supportive. And the talent! Good god! So much talent here. 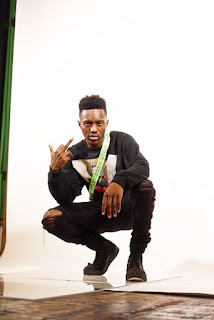 Huge inspiration in my life is LiMM. Personally and musically. I think it’s because he’s so hard on me. It’s like having a parent, almost. But he really took me in to his family and taught me a lot about how to move as an artist. He didn’t have to do that at all, so for that I am very grateful. Another local artist is Rego, too. Her music just so different.

Not a rapper. Not a singer. I’m an artist. I’ll leave it at that.

My upcoming project, “in loving memory.”, stemmed from the realization that the person who I was before I began taking music seriously is dead. Gone. And there’s no going back. But that person wished to be the person I am now, although he was unsure of whether that dream would ever be realized. But here I am, as living proof. “in loving memory.” is an open letter to all of our past selves, a reminder that our dreams are tangible as long as we keep believing and striving for them. It’s cliché, but I really don’t know how else to put it.

Working with LiMM might be the easiest and most natural for me. We’re friends first, so our connection is deeper than music and I think that’s why we’re able to work together so well. Kinda like a Yin/Yang. I also really enjoy working with Young Soybean, my main producer. We’ve been friends since birth and he gave me my foundation in Logic Pro X back in highschool. Also Pick Patek too, but we don’t get to see each other all too much cause he stays out in Pitt.

Artists I want to work with? I wanna get more songs in with Cesar from 4vr, Rego, Nic Hanson (he so fye it’s not even funny) and this guy I met out in Pitt named Young Guy, Burkett. His voice is angelic. I also need an Uzi feat before I die. That’s the goat. I’d also want to work with Pharell & Frank and Tyler too. All geniuses. 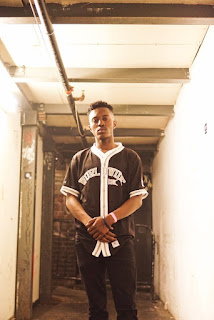 Well I turned in “in loving memory.” to get mixed a few days ago, but I already have another 8 songs that could be on my next project… But just expect content. So much content. I’ve been working with Philadelphia based media company Sly Global on videos so those are coming out very soon. We’re planning videos for almost every song on the project!