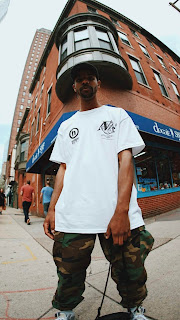 No one has ever asked me that before so I’ll try to answer the best way I can, hahaha.
For starters, pre 2017 I was a ghost. I guess I still am in a sense. I didn’t go to my first “party” until I was like 23/24. I grew up a little more sheltered than most people I know. Originally I’m from North Philly 26th and Girard to be exact. I spent the first 5-6 years of my life there. My mom didn’t want me to see the same shit she did growing up. I didn’t really understand it until I got older. Anyways, we moved to Overbrook Park around the time I was in kindergarten and I pretty much spent all of my adolescent / early teenage years there. After my parents moved to Delaware back in 2010, I moved to North East Philly and stayed there with my dad until finishing High School in 2012. 2013 I moved to my aunts house ( also in NE Philly ) I took a gap year where I literally was just a fuck up. I hated school so much that I just took a year to be wild. I did a lot of stupid immature shit. I probably hurt some feelings. I guess I was trying to find myself. I worked at foot locker and got fired for spazzing on my old boss. Shout out Angela Chadwick. At that time, I had no clue that I was gifted at photography and I was really into music and music production. I would write songs and try to rap and make beats all day long. I would roam the streets and hang with friends, come back to my aunts house all hours of the night drunk and bummy. It’s actually pretty embarrassing now that I look back at it. Hahahaha
All in all my actions led me to get kicked out of my aunts house and I had to move to Delaware. So at this point it’s 2014  and I’m in the place that I tried to avoid and I had no choice but to work towards getting out of there. I got my shit together, got my drivers license and really just grew the fuck up. Fast forward to 2017, I go to Art Basel for the first time. My mom helped me get my first dslr camera and I had my first interactions with being behind the camera from a creators perspective. I fell in love with photography and film making after that experience. I literally knew nothing at that point about photography except that it was fun. I shot everything on auto and at a certain point I only used film. 35mm was easy because it was just point and shoot. Polaroid was easy because the picture just printed out. The more I went out, the more I got asked to do photos at events and eventually I had to learn more because it started to get crazy. My homie Winter was very fundamental in helping me grow as a photographer. He taught me how to shoot manual and showed me a lot of fundamental camera lessons that I still use till this day. Shout out Winter. Fast forward again. 2018 I go to New York and I meet my homie Corey for the first time. He was doing consulting for a brand and asked me to shoot a look book. The shoot was successful and that opportunity changed my life up until now. All I can say about 2019 is that I grew into the person that I always knew that I would be. There’s way too many people to shout out and thank but anyone who has been supportive of me and my work, thank you all. Love you all.

What does the local art community mean to you?

The local art community to me means everything but not from the traditional view. I look at the local art community as something that has potential to be way bigger than what it is now but the only way that can happen is through communication and support. I often feel like we lack community. It’s very clique oriented. I totally understand that though. People support who they know and who they feel comfortable with. I think if we all took a second to step outside of our ego’s we could see that we are all literally in the same position. We’re trying to figure this shit out. It’s nothing wrong with not having all of the answers and fears and insecurities but art feeds art. If people are scared to share ideas and scared to execute ideas we as a community get nowhere. I also notice that it’s easier to get support when you genuinely support people. I personally don’t give a fuck about what I hear about someone until I meet them personally. That has made it easier to understand the people that I interact with and that has made it easier to build a report with the people in my network. 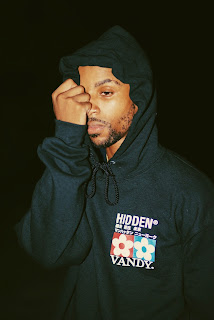 When did you start shooting? How did your shooting begin as a hobby, and then as a career?

I started shooting in 2017. At first I only shot 35mm and Polaroid because they were easy and I didn’t know anything about photography. I went to Art Basel in 2017 with my ex GF and some friends. She was working on some media oriented things and of course I wanted to help and support. . Long story short, I took the responsibility of filming the experience and taking the pictures. Everything that we shot during that time came out really well and seeing as though I had no experience in that field,  it made me feel like I could pursue it as a career. I continued to shoot events and parties and just random things up until the point where I wanted to really take it seriously. In 2018 I started what I call “YouTube university”. I literally would wake up everyday and binge watch photography related videos and then go out and practice shooting before work. Street photography really shaped my shooting style and gave me a sense of balance. It also helped me with being social because walking up to strangers and taking pictures can go left really fast. hahahah
At this point it has become my hobby and I’m actually making money so I would say that it naturally transitioned from play to work but it doesn’t feel like work at all.

The most rewarding part of being a photographer is knowing that I’m capturing the world NOW. When we all get old and look back we can feel nostalgia and remember these times. The idea that I capture some of people’s most memorable and personal moments feels like I was invited into their lives and I gives me a sense of warmth. In a weird way I feel like once I take someone’s picture, they’re embedded in my brain forever.
The most difficult part of being a photographer is getting people to understand that this is not just something I do just because. I love photography like a family member. It takes time. It takes patience. It takes money. Basically, I wish people take time to think about that. Photographers in general spend thousands of dollars on equipment just for someone to try to lowball them when the time comes to pay. I don’t mind doing favors from time to time but just like how they expect to get paid for work I expect the same thing. I will say this though, sometimes a relationship is worth more than payment. That, however, is something that each individual has to gauge. 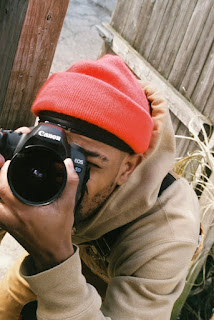 What are your favorite subjects or style of shoots?

I really, really have grown to love editorial style shooting. Basically like magazine stuff. Subconsciously, I think it’s because I was obsessed with magazines when I was younger and I never pictured myself becoming skilled enough to produce content for one. Also, it ties into fashion which I’ve always been into. I like adding my perspective and entering that lane because a year ago, I couldn’t do that.

Among your works, which has been the project you’re most proud of?

My favorite so far has been when I went to Governor's Ball with my homie Donovan. It was a very crazy day and we did a lot of finessing to get certain shots. Also, that day gave me to confidence to stand on my craft. At one point, we snuck behind general admission grounds and we ran into Kendall Jenner, Kyrie Irving, and Taco from odd future. We asked to take their pictures, and they straight up said NO but ironically I didn’t feel salty. I felt like I had made it. People here in Philly will literally tell me no because they feel like I’m not “popular” enough or some other corny reason. The people who influence THOSE people told me no. That right there,  that’s some shit.
Thorough out the rest of that day, we finessed VIP had free drinks all day long and got some really amazing photos. Not to mention the contacts that we made that day. All in all that was my favorite so far.

Are there any visual artists or photographers that inspire you? 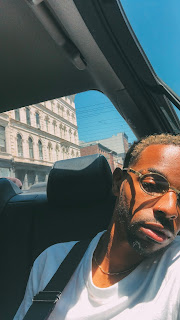 Honestly, I shoot with serval. Canon, Sony, yashica, Nikon, Fuji film etc..
Mainly canon and Sony as far as digital photography goes. I currently shoot with the canon 5d series and I use the Sony a7 series as well. Certain features I like on each which is why I switch back and forth so much but I really want to get into shooting medium format.
I will probably invest in a mamiya soon. 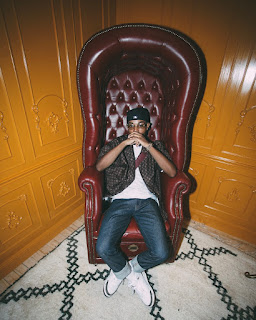 What do you feel is your biggest accomplishment so far?

I think my biggest accomplishment is showing my mom that even though I dropped out of college that I’m not a fuck up and that I will be okay. I felt a lot of pressure growing up to fit a certain standard because I’m an only child. At a certain point I think I started to rebel a little bit. It was probably because I discovered kid cudi freshman year of high school hahahaha.
Just showing her that it’s all coming together and that she doesn’t have to worry about me doing illegal shit to survive is good enough for me. It took me 26 years to get here but I am here and very much so free, alive, handsome, and I have a good head on my shoulders.

Do you have any upcoming events that you’re apart of?

My Homie Vandy is doing a pop up tour this year into 2020 and I’m on board as his photographer so I’m really excited about that. We’ve already had the NYC pop up. Next stops are LA, Korea and we’re going to finish up in Tokyo. All of these places are places that I’ve wanted to travel to since I was a kid so I’m really looking forward to it.

Next for me? More progress. I want to continue to expand as a photographer and see what endless possibilities the world will bring. Also at some point i want relocate to NYC. We’ll see how everything goes. I have so many ideas and things that I am working on that are bigger than me but one step at a time.