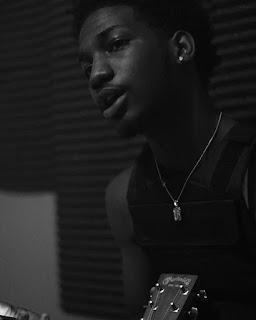 I grew up in North Philly with just me and my mom. As you can imagine it was a lil difficult for my mom to keep full control over me and my actions while constantly at work providing for us. At a young age I seen and been around some crazy shit or at least an outsider looking in would think its crazy to us that shit was normal. My situation was kinda like that fresh prince of bel air shit you feel me. Constantly being in trouble, having my own mom kicking me out or calling the fuck ass police on me time and time again led me to move to Florida and from there I came to Delaware which is the place the created “scuba ty” the rapper.

The local music community don’t mean shit to me. Its a lot of fuck niggas with egos and things like that. I guess its cool for the media but before anything im a man so that’s how carry myself standing on all 10. So to answer the question fuck the local music scene excluding the people I fuck with and that’s SWIM TEAM 6!!! Its some people I fuck with and we have genuine relationships outside of my crew but its all about SWIM TEAM 6 swim or drown that simple.

Kodak Black, Lil peep, and GG Allin are my biggest inspirations in that order. Kodak just a real nigga so I fuck with him the long way. While Peep on the other hand just has no problem expressing his true emotions on songs and too many people don’t do that so many artist are too worried about being the toughest guy alive instead of relating to the audience. Im love with GG just because he was a lunatic and anybody who’s knows me will tell you im legit crazy this isn’t a music act. 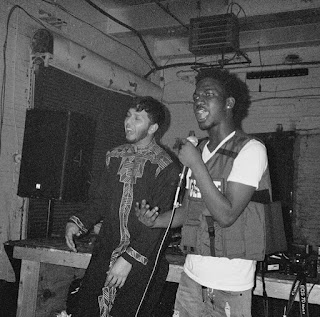 A lot of people think I try to act hard. I hate that only because this is really me. Im not hard at all im actually a nice guy if you know me. Everybody is so quick to judge. Like ok I like guns, ill punch your teeth down you’re throat, and etc but in the same token my feelings are always hurt I feel like I give so much genuine love and I never truly receive it back only fake love when people need me ya know. I wear my heart on my sleeve so I guess people see it as me acting hard when really im just hurt. Then again my life was wild people only see what I show them now. Nobody in my life now but Mall was with me in the project all day everyday to even grasp where im coming from.

When you first start trapping drugs like dope and coke you gotta give out samples first let junkies know how good that shit is. Thats exactly what my debut project “Love Me Like Im Dead” is. Just had to give the world a sample first. Im working on my new project now I dont really have a name for it yet but aye look THAT BITCH HARD.

I haven’t really did many collaborations excluding the HIT me and ShawnWeTrust got that’s out now on the “Love Me Like Im Dead Ep” I wanna work with a lot of people but that just goes back to what I said earlier about these fuck niggas and the egos but its whatever. Mainstream wise I need that Kodak feature some body tell him hit my phone. 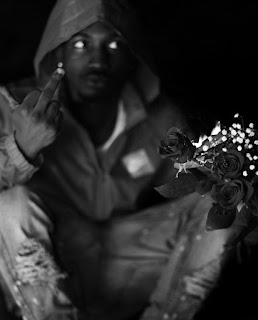 As of now I only have one project out on all platforms and its amazing. I named it love me like im dead because like I sad earlier I feel like I never get same energy I put out back so LOVE ME LIKE IM DEAD is just my way of crying for help artistically and just begging for the love now before its too late especially with my lifestyle and the things im into. I can’t lie tho Im more excited about my new single that’s also out on all platforms called “Bleeding Heart”. I was able to give my audience a song that’s the opposite of what I normally put out showing my supporters a different side of me.

Shit im bouta take this bitch over. Ya know I be feeling like im the shit! Im literally the biggest and best to ever do it the world just doesn’t know yet and by the time  people start to realize its gone be too late ima already be telling everybody to suck my dick simple..