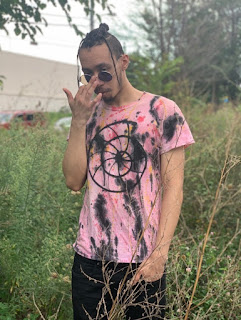 Shot by @rileyofhbc
What’s your story?

Everything really started for me back in 2015 when I dropped out of college in New York and came back to Philly to pursue music full time. I grew up between DC and Mt. Airy a few blocks off Germantown ave. My moms got custody so most of my time was in Philly but like most kids in that situation where both parents is still involved I was goin back and forth. In jr high I met Moses Mosima another member of the Philly artists collective HBC. One of the teachers in the music department at our school let us use their recording equipment since the school didn’t do too much with it. I ended up spending as much time trying to write, record and produce music in there even after Moses dipped out of school before freshman year.

I met Riley and fellow Basement artist IHATEYOUSHEED and a handful of other friends that would become family and a large part of what I do now when I changed schools my jr year. Me and Sheed had a math class together and the first thing he said to me when I walked in was ‘You look like you rap’ the rest is history. He and Riley were trying to do the same thing me and Moses had been trying to do at our other school so we all came together and started building a studio in our friends basement.

In those two years before the end of high school we honed our craft. We got fucked up, 40’s were a regular thing back when they’d still serve whoever at Einstiens, smoking, doin dumb shit and recording recording recording. Those last two years of high school with everyone are some of the most pivotal of my life. By the end of it I had graudated high school, me and Moses put a compilation album together that got me on hip hop DX from a brief moment,  I had OD’d off a shit ton of adavan (benzo’s would fuck with me again a few years later), got beat up, had a few people around me kill themselves and was about to be off to college.
I went to St Johns for 2 years because I was lost. Moses and I originally intended to go with hopes of making the music pop off in NYC, get some studio time and make some connections but nothing really came of it, but I did give a flash drive of my music to Peter Roseburgh, so yea nothing really came of it.

I was already constantly going back home to record and staying on my homies couch in the summer since my moms had moved. In those two years I learned a lot about myself and people but ended up in my room high by myself working on production trying to take my music to the next level. That next level meant dropping out and coming back to the city.
Once we dropped out I moved into my homies apartment and proceeded to set up another home studio which is around when Trip got introduced and added to the collective.
The next four years are what got me here today. I was getting evicted and couch hopping all over west philly, setting up studios everywhere we went, losing jobs and hustling here and there unitl like 2017 when we got our own spot. The last twoish years have been me finishing up the album I started when I dropped out back in 2015 and using what didn’t make it to put together my recent run of projects (WTF’s a Tawobi?, Friendly Neighborhood Struggle Rapper, Backwoods and WobiHeat).
For my birthday this year I was in Detroit performing at a show put together by Dopehead of Bruiser Brigade, a group of artists that I’ve been listening to since 2015. 15 year old me is shitting himself because I’m doing everything I wanted to at 15. It’s not perfect and I aint shit but this is the best time I’ve had in years. 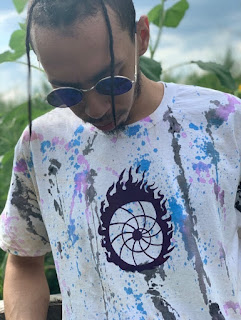 I feel like I’ve been in and around the community for so long and its changed so much since I first dropped out. People you think are gonna stick around forever leave for something else, some people go off and start reaching great hights and others who seemed like they were the next out of here have quit or disappeared. For me the local community has always been my place to cut my teeth, get criticism and peep game. I’m not that much into like big crowds and parties so I just kinda chill at the bar and take notes while I’m at events and shit.

Locally my big homies Freshsz and OHM have always been a huge inspiration. OHM is my favorite Philly rapper ever and I don’t know no bull that can out rap mans. I’ve actually known him since I was like 15 cuz we were both fuckin with P.Y.P.M at the time and even back then he made me feel like I couldn’t rap so I would just watch and take notes. Outside of Philly my biggest inspirations are like Andre 3000, ODB, E40, Tech N9ne, Knedrick Lamar, Danny Brown, Marilyn Manson, Jimi Hendrix, Nina Simone, George Clinton, MF DOOM, Madlib, Love, Jefferson Airplane, Fiona Apple. There’s a shit ton more thats just the first ones that popped into my head.

Uh I don’t really know. Every once in a while I’ll hear about people thinking I’m a dick cuz I don’t be talkin to people at parties or go out much. It’s just anxiety though bruhbruh lmao its all love say hi. 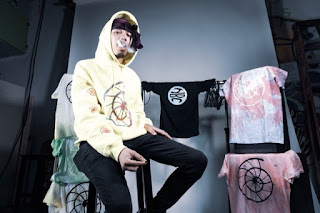 All the Basement homies of course (Moses Mosima, IHATEYOUSHEED,  Lord Trippy and Bclarke). OHM has a verse on my album so once again 15 year old me is like shitting himself. I need the Nelson Boys to pop back up around so we can do some records again. Rego’s dope I really like her voice and where she’s goin with her music.

Uh maybe Backwoods. This like choosin favorites between kids man I like em all for different reasons but Backwoods was a fun little experiment with making a mini concept album and it has ‘White People Song’ on there. Shoutout the homie Lil Pill for the video. Whoever thought I’d have outrage content. 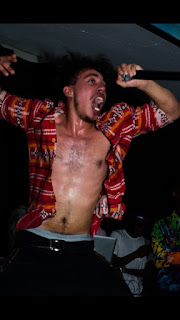 I’ve got an album I’ve been working on since 2015 coming within the year if everything goes the way I want it to. I put all of me on this record like i could check after it comes out and be ok cuz at least i got this piece out there. GIGGs video on the way some other shit whoop whoop whoop you probably aint even read this far but if you did go outside and bring me some backwoods.