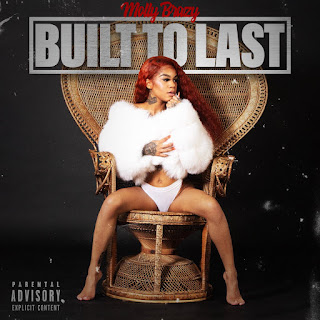 Launching her first project of 2019 with the sexually confident banger, “Wood,” pint-sized Detroit-based Molly Brazy wants to leave a lingering impression before the end of the year. Exploiting the double-entendre of “would” vs his “wood”, Molly gathers her girl gang for a choreographed function that takes place all over the city, including a parking garage, freeway underpass, park bench, and an alleyway.  "Wood" the lead single off her newly announced album, Built To Last, due September 27th via EMPIRE.

Gaining traction on the national scene with her preternatural rapping ability, Molly Brazy’s growing fanbase and increasingly recognized talent helped her become an XXL Freshman Nominee for 2018. Only 20-years-old but already with a loyal legion of fans, Molly Brazy gained notoriety by uploading freestyle videos to Instagram, ballooning her presence to over 1.3M followers. With an additional 250k likes on Facebook, 106k followers on Twitter, and 60k likes on SoundCloud, Molly Brazy is renowned in the streets and on social media for her rapping prowess. In her short career, Molly Brazy has already collaborated with some of the most significant figures in Detroit rap, including BandGang, RJ Lamont, Rocaine, Big Qui$, and many others. Molly Brazy aka Big Brazy will continue to bring heat to the long Detroit winter.

Built To Last, an album full of rapid-fire cadences, confident girl-anthems,  and melodic slappers. Built To Last follows the 2018 release of Queen Pin, which earned coverage from The FADER, Complex, HYPEBEAST, ELEVATOR and more. Built To Last features an appearance from Kash Doll, and production from Go Grizzly, Pooh Beatz, and more. Tracklist and artwork below.