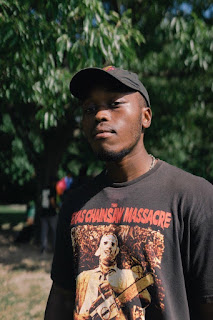 I’ve been infatuated with music for as long as I can remember. My Uncles knew how to play keys in addition to reading and writing music. I picked up sticks and started out playing the drums. Within a matter of months, I started to play in my home church (41st St Church of God) where my GrandPops pastored at. From that point, I’ve been figuring out how to arrange sounds to make music of my own that I can listen to anytime I want. In 4th grade I had computer class every wednesday and honestly it was my favorite class. I was introduced to Garageband & it opened up a whole new world for me. Any chance I could use the computers for as long as I could to make beats.

When my family moved to Sicklerville, a small town in Southern NJ, I started to focus myself and take it more seriously. I knew I needed an Identity of some sort to distinguish myself. For awhile, I was just “R£UB” that one kid who post beats on soundcloud. I got the name “REUB B.O.¥.” because one day I was locked out of my original soundcloud & my beat tag already said “Reub Boy”. I never gave the “B.O.¥.” any meaning, I thought it just looked cool. I figured with time, the meaning will come.

For the most part, I never really had a core group of friends outside of school that wanted to do the same shit as me. It wasn’t until my 11th grade year where I found someone who shared the same vision as me. At the time he went by the name Teddy Hinson, a young talented  producer and charismatic artist that really left everything in his music. It wasn’t until after our first year of college we really connected and started traveling across the tristate area to get our names out there. After that summer I moved back to Philly to manifest my vision in music, even though at the time I was involved in the real estate business in South Jersey. It was difficult managing both but, I knew I wanted my success to come from music. I ended up quitting real estate because I realized my heart wasn't in it.

With the free time I had, I started to play around in the studio set up I had & started to use my voice. I would spend hours making beats & even collaborated with my roommates. In fact, it was roommate Collin who ended up giving me the confidence to actually make full songs because he believed in my talent. I started thinking about the “B.O.¥.” in my artist name and the meaning. Believe Onto Yourself! I never really had the confidence in myself unless someone else verified it for me. It hit me like a ton of bricks that, I can’t be afraid to take risks and become my own individual.

I put my first song out called “Proj. Craft” back in June of 2018 but, it wasn't until July where I had my very first performance as an artist that I knew I wanted to do this. I want to make a name for myself using my creativity and to give everyone who supports me and my vision the same opportunity. 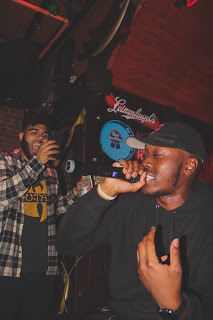 There is so much talent within the community of Philadelphia. Just about every other day I meet a new artist. While I may not always enjoy the music that I come in contact with, I respect anyone who wants to thrive off of their art. If i could give a message to all the creatives in existence, DO NOT STOP CREATING! You may never know who you inspire.

My biggest inspirations come from within my family. My Grandpops has to be my biggest inspiration. He grew up in Turks and Caicos and had to walk miles without shoes just to get an education. He eventually grew up and moved his family to America off of his hustle as a construction worker. Now he’s retired reaping the benefits of his labor but, still always seeking more wisdom.

Creatively, Kanye West influenced me the most. I felt like he was the person that made me like it was cool to be you. I remember growing up, everyone I was close with was into 50 cent, Cassidy, Juelz Santana & Jim Jones but, Kanye was something different. He stood out to me as an artist in a time where street music was all over the neighborhood. From his sounds to his visuals, he inspired me to tap into my creativity from within rather than mimicking what was around me. 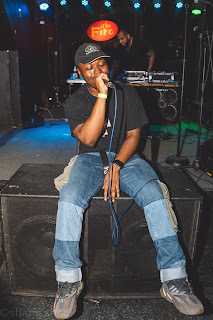 I don’t know if there really is a misconception about me but, the people around me say I have a scowl. I try to pay close attention to things around me. It's important to be aware of your surroundings. You don't want to be the person that does not know what's going on, especially in a field where anyone can seemingly make a come up out of nowhere.

I released my first EP as a vocal artist back in July titled “THA Waves Of Reub B.O.Y.” It consists of 7 tracks giving people an introduction to man that is REUB B.O.Y. I wanted this project to give people motivation to reach their higher self.“Believe Onto Yourself” is what I stand for and I want to encourage people that the person that they want to be is in the mirror all you have to do is put the work in! You can find “THA Waves Of Reub B.O.Y.” on all major streaming platforms & http://reubboy.com TUNE IN! 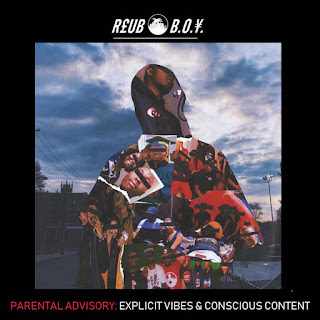 For the rest of 2019 I will be dropping music the 1st & 15th of every month via http://reubboy.com . Expect more vibes and more collaborations coming up in the near future